Thank you to all who attended our 75th Jubilee mass and banquet on September 24!
Watch the recordings from our Jubilee events:

St. Bernadette Church, 75th Jubilee, 1947–2022
Our Parish of St. Bernadette was founded in September of 1947 by Father John Feckter. The very first mass took place on September 14, 1947. In 2022, we proudly celebrated 75 years as a parish serving the Jefferson Barracks area of Lemay, Missouri. Our jubilee celebration kicked off with a special feast day mass and brunch on February 20 in honor of St. Bernadette Soubirous' Feast Day (February 18). The grand finale took place September 24 with big a celebration of the Eucharist with Archbishop Mitchell Rozanski and a dinner to commemorate the very first mass held at St. Bernadette.

View photo galleries from our past Jubilee events: 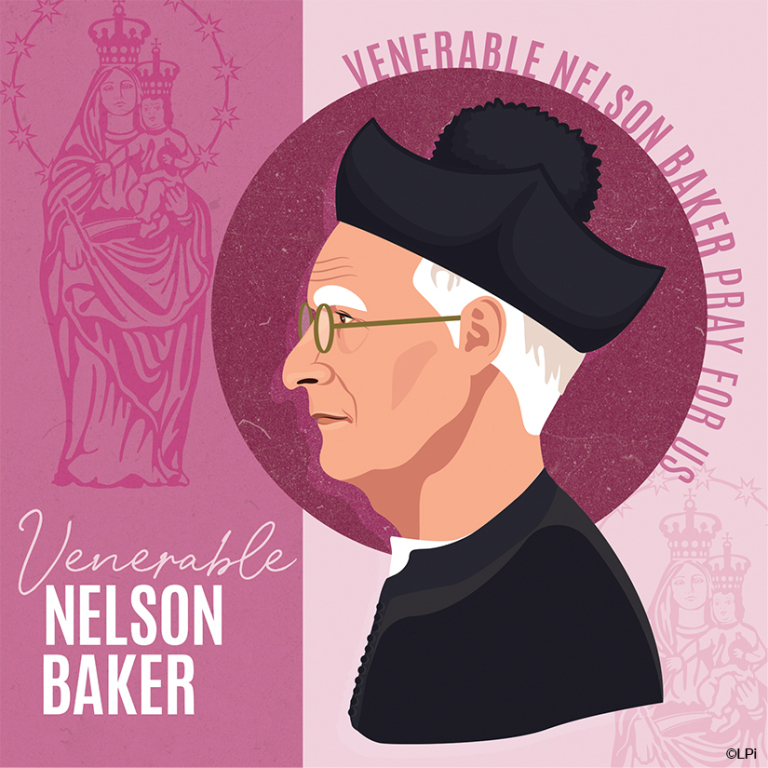 Biography
Born February 16, 1842, in New York, his home community of Buffalo would eventually name Father Nelson Baker "Buffalo's most influential citizen of the 20th century." Before being ordained a priest, Baker served in the Civil War as a Union soldier in the 74th regiment of the New York State Militia. Following his time as a soldier, Baker started a successful feed and grain business with a veteran friend, joined the St. Vincent De Paul Society, and started taking Latin classes. He entered Our Lady of Angels Seminary — now Niagara University — on September 2, 1869, and was ordained on March 19, 1876, by Bishop Stephen Ryan at St. Joseph's Cathedral in Buffalo.

Father Baker’s community of faithful financial supporters continued to help him build resources for those in need. He tripled the number of children in his orphanages, built a home for unwed mothers, began a maternity hospital that eventually became a full-service hospital, built a debt-free church for worship and gathering nearby and more! His vision became a safe location for destitute people to come and be cared for. Once the Great Depression hit, it is estimated that 500,000 people were fed at his church, Our Lady of Victory, during those years. In his 90’s, he shifted focus to the service and education of black Americans traveling north for work and opportunity.

Following his death on July 29, 1936, between 300,000 and 500,000 people visited to pay their respects before his funeral. The many Our Lady of Victory outreach institutions he championed can still be found operating today in Lackawanna, New York. Father Baker was declared Venerable in 2011 and is still awaiting sainthood.

Prayer
Prayer for the Cause of V. Father Nelson Baker

Lord, you gave us Your Servant Nelson Baker as an example of service to the poor, homeless and the young. By Father Baker's ardent concern for those in need, inflame our hearts and lives with compassion for the poor, justice for the oppressed, hope for the troubled and courage to those in doubt.

We pray through the intercession of Our Lady of Victory, if it be Your will, that Your Servant, Nelson Baker, may one day be canonized.
Amen.